You are here: Home / Tree Care Advice / What is Tree management and what is the importance?

What is tree management? Before I discovered I could get a job where I could climb trees every day I hadn’t considered that some trees had work carried out on them. I just assumed they took care of themselves.

A majority of the trees in the world do manage themselves but in the urban environment things work differently. This blog is for anyone wanting to know why we manage trees and we’ll also discuss what is tree management. 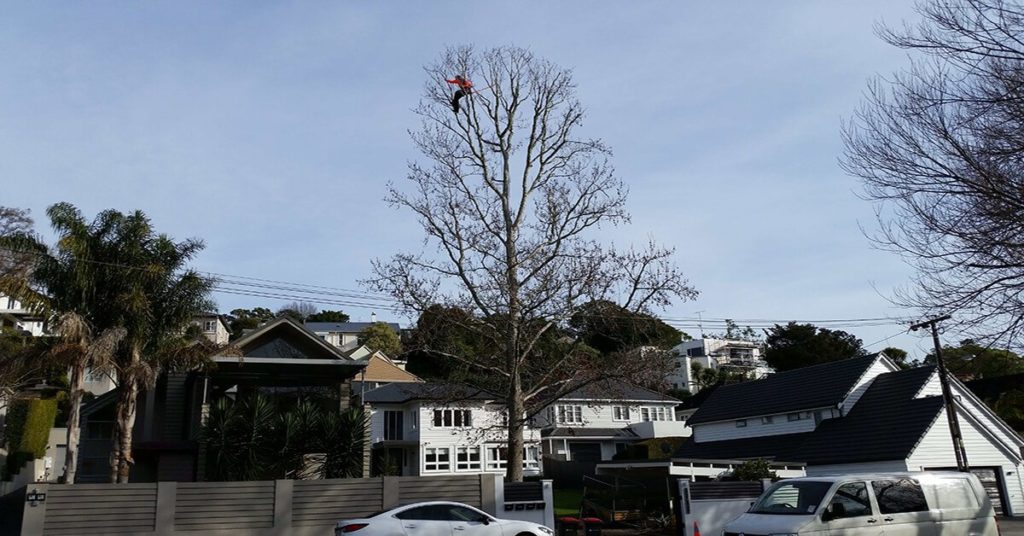 So what is tree management and where do we start? 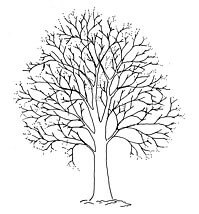 Trees can provide many benefits for the urban environment in terms of improving air quality, visual impact and helping to stabilise temperatures. However, sometimes they can grow too large for the space available or develop certain defects. It may be necessary to prune trees for safety, to remove dead branches, to promote growth, to regulate size and shape or to improve the quality of flowers, fruit or timber.

A skilled arborist can carry out work on your trees to help you achieve any of these outcomes. Below is an explanation of tree work terminology taken from the Arboriculture Association UK’s website. Having an understanding of this terminology can be very useful in ensuring you receive the right kind of tree work. The following report aims to help you understand what is tree management.

It is very important for anyone to know the basics of pruning before they look for a tree management service.

Crown thinning is the removal of a portion of smaller/tertiary branches, usually at the outer crown, to produce a uniform density of foliage around an evenly spaced branch structure. It is usually confined to broad-leaved species. Crown thinning does not alter the overall size or shape of the tree. Material should be removed systematically throughout the tree, should not exceed the stated percentage and not more than 30% overall.

Common reasons for crown thinning are to allow more light to pass through the tree, reduce wind resistance, reduce weight (but this does not necessarily reduce leverage on the structure) and is rarely a once-only operation particularly on species that are known to produce large amounts of epicormic growth.

Crown lifting is the removal of the lowest branches and/or preparing of lower branches for future removal. Good practice dictates crown lifting should not normally include the removal of large branches growing directly from the trunk. The problem with this is it can cause large wounds which can become extensively decayed leading to further long term problems or more short term biomechanical instability. Crown lifting on older, mature trees should be avoided or restricted to secondary branches or shortening of primary branches rather than the whole removal wherever possible.

Crown lifting is an effective method of increasing light transmission to areas closer to the tree or to enable access under the crown but should be restricted to less than 15% of the live crown height and leave the crown at least two thirds of the total height of the tree. When crown lifting you should specify with reference to a fixed point, e.g. ‘crown lift to give 5.5m clearance above ground level’. 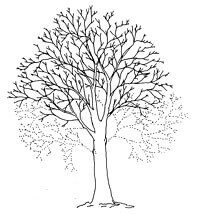 The reduction in height and/or spread of the crown (the foliage bearing portions) of a tree. Crown reduction may be used to reduce mechanical stress on individual branches or the whole tree. You can make the tree more suited to its immediate environment or to reduce the effects of shading and light loss, etc. The final result should retain the main framework of the crown, and so a significant proportion of the leaf bearing structure, and leave a similar, although smaller outline, and not necessarily achieve symmetry for its own sake.

Crown reduction cuts should be as small as possible and in general not exceed 100mm diameter unless there is an overriding need to do so. Reductions should be specified by actual measurements, where possible, and reflect the finished result, but may also refer to lengths of parts to be removed to aid clarity. For example ‘crown reduce in height by 2.0m and lateral spread by 1.0m, all round, to finished crown dimensions of 18m in height by 11m in spread (all measurements approximate.)’. Not all species are suitable for this treatment and crown reduction should not be confused with ‘topping’, an indiscriminate and harmful treatment.

The importance of correct pruning cuts

Every pruning cut inflicts a wound on the tree. The ability of a tree to withstand a wound and maintain healthy growth is greatly affected by the pruning cut – its size, angle and position relative to the retained parts of the tree. As a general rule branches should be removed at their point of attachment or shortened to a lateral which is at least 1/3 of the diameter of the removed portion of the branch, and all cuts should be kept as small as possible. Examples of correct pruning cuts are shown as follows.

Showing sequence of removal to avoid damage to the retained parts

An increase in wood production in localised areas in response to a decrease in wood strength or external loading to maintain an even distribution of forces across the structure.

Bracing is a term used to describe the installation of cables, ropes and/or belts to reduce the probability of failure of one or more parts of the tree structure due to weakened elements under excessive movement.

Natural features of a fork or union that may or may not be visually obvious. Neither the branch bark ridge nor collar should be cut.

Undifferentiated tissue initiated as a result of wounding and which become specialised tissues of the repair over time.

A void within the solid structure of the tree, normally associated with decay or deterioration of the woody tissues. May be dry or hold water, if the latter it should not be drained. Only soft decomposing tissue should be removed if necessary to assess the extent. No attempt should be made to cut or expose living tissue.

Two or more, generally upright, stems of roughly equal size and vigour competing with each other for dominance. Where these arise from a common union the structural integrity of that union should be assessed.

The cutting down of a tree within 300mm (12in) of the ground at regular intervals This is traditionally applied to certain species such as Hazel and Sweet Chestnut to provide stakes etc.

The foliage bearing section of the tree formed by its branches and not including any clear stem/trunk.

Non-living branches or stems due to natural ageing or external influences. Deadwood provides essential habitats and its management should aim to leave as much as possible, shortening or removing only those that pose a risk. Durability and retention of deadwood will vary by tree species.

When a tree exhibits signs of a lack of vitality such as reduced leaf size, colour or density.

Tips of branches exhibit no signs of life due to age or external influences. Decline may progress, stabilise or reverse as the tree adapts to its new situation.

The inactive condition of a tree, usually during the coldest months of the year when there is little or no growth and leaves of deciduous trees have been shed.

Shortening branches by pruning off the end back to a lateral branch which is at least 1/3 of the diameter of the removed branch.

The application of a substance, usually to the tree’s rooting area (and occasionally to the tree), to promote tree growth or reverse or reduce decline. This will only be effective if nutrient deficiency is confirmed. If decline is the result of other factors such as compaction, physical damage, toxins etc., the application of fertiliser will not make any difference.

Minor pruning during the early years of a tree’s growth to establish the desired form. You can also correct defects or weaknesses that may affect structure in later life.

A member of the plant kingdom that may colonise living or dead tissues of a tree or form beneficial relationships with the roots. The fruiting body is the spore bearing, reproductive structure of that fungus. Removal of the fruiting body will not prevent further colonisation and will make diagnosis and prognosis harder to determine.

Each colonisation must be considered in detail by a competent person to determine the long term implications of tree health and structure when considered alongside the tree species, site usage etc.

Generally regarded as outdated terminology but still included as part of Planning legislation. Lopping refers to the removal of large side branches (the making of vertical cuts). Topping refers to the removal of large portions of the crown of the tree (the making of horizontal cuts, generally through the main stems). Often used to describe crude, heavy-handed or wrong pruning.

Covering pruning cuts or other wounds with a paint, often bitumen based. Research has shown that this is not beneficial and may in fact be harmful. On no account should timber treatments be used as these are definitely harmful to living cells.

The initial removal of the top of a young tree at a prescribed height to encourage multistem branching from that point, originally for fodder, firewood or poles. Once started, it should be repeated on a cyclical basis always retaining the initial pollard point, or bolling as it becomes known.

A form of reduction intended to encourage development of lower shoots and emulate the natural process of tree aging.

The degree of physiological and biochemical processes (life functions) within a single, group or population of trees.

Talk to our Team Now

Pro Climb was founded on the idea that trees require the utmost respect and care and are an asset that can enhance your property. With that in mind, we scoured the country looking for tree contractors … END_OF_DOCUMENT_TOKEN_TO_BE_REPLACED