Pro Climb – Pro Climb were recently contracted by the council to carry out remedial tree work on some storm damaged trees at Big King volcano in Mt Roskill.

The trees in question were a group of Acmena that had been battered by strong winds earlier in the year causing some of them to fail. There were several hung up limbs and branches that would need to be safely removed. Acmena are an introduced species that can be found in many gardens. Outside of the garden environment they grow as a pest species that can swamp native bush. They go by many different names including lilly pilly, white monkey apple, Acmena smithii, Eugenia smithii, Syzygium smithii.

First Task was to assess the Situation

The first task of this remedial tree work project was to assess the site for access and decide what equipment we would be able to use. The damaged trees were located within a larger group that was growing on a slope on the side of the volcano. There was a path located towards the downhill side of the group. The grade of the slope meant that the trees would need to be accessed via foot.

We Identified the most suitable Solution

Due to the location of the trees, mobile work platforms or cranes were not an option. It was decided that climbing and rigging techniques would need to be used to remove the damaged sections. As we were working on an archaeological site, ground penetration and disturbance would need to be kept to a minimum. Normally the ground disturbance is likely to occur when bringing the tree sections to the ground. However, due to the way the trees had failed this was not so much of an issue. The branches had broken lower down and rested in neighbouring trees. These other trees held the branches in place as they were cut from their original stem, and allowed for a controlled decent to the ground. Where this was not possible, standard rigging techniques were used to lower the branches.

Branches were Chipped and Processed

Once the branches were on the ground they needed to be moved to an area where they could be chipped or processed into firewood. This was where the ground disturbance was likely to occur. It was the fact that the trees were growing as part of a larger group that came to the rescue. The group of trees roughly formed a strip growing up the side of the slope. We selected trees at the uphill and downhill ends of the slope to use as anchors. To these we attached a rigging line 4 meters in the air. This high line had an adjustable lanyard attached via a pully. We attached the cut sections to the lanyard and hauled them off the ground towards the high line. These sections then travelled down the high line, lightly skimming the ground until they reached the anchor tree near the path. The sections were then removed from the line and stacked ready for chipping.

We used a Lanyard and Pulley System

The lanyard and pulley system had retrieval lines attached so that workers did not need to walk up and down the slope. One person was situated at the top and one at the bottom. The guy at the top would attach the sections and haul them off the ground to the line. The guy at the bottom would them drag them downhill using a pull rope. Once they were at the bottom he would detach the branches and the guy at the top could pull the pully back up with his line. This reduced the foot travel over the area to a bare minimum and once the job was completed it was hard to see that we had even been there. It also cut down the manual handling required by the workers keeping them safer and happier. Contact Pro Climb Arborists if you require remedial tree work or any another horticultural abseiling services. 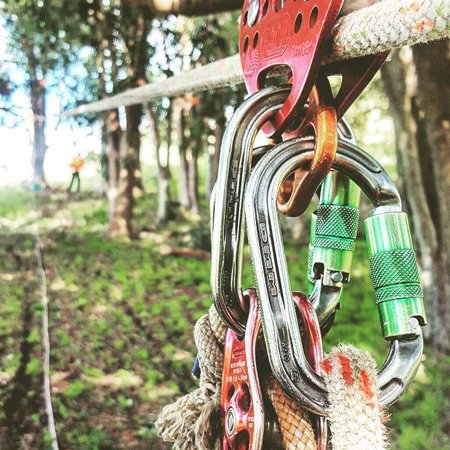 The beauty of this system is its simplicity, allowing it to be adapted to a range of situations. If you have a difficult site or pristine garden that needs work give us a call. We will be able to provide a remedial tree work solution for your trees that will not come at the expense of your garden. Use our online contact form below for more any enquiries.

Pro Climb was founded on the idea that trees require the utmost respect and care and are an asset that can enhance your property. With that in mind, we scoured the country looking for tree contractors … END_OF_DOCUMENT_TOKEN_TO_BE_REPLACED