The New Zealand Arboricultural Association is excited to invite you to the 2018 Conference and Husqvarna National Tree Climbing Championship, to be held in Dunedin from November 8th – 10th 2018. 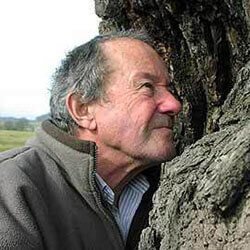 This year Ted was awarded an MBE in recognition for his work in conservation especially trees and fungi.

Another achievement was to be awarded an honorary lectureship by Imperial College, in London. For his outstanding contribution as a technician to science and education.

He was given the Arboricultural Association Annual Award for his services to arboriculture. Recently was awarded the prestigious Gold Medal by the Royal Forestry Society.

In 2006 named one of the top 100 Environmental Earth shakers of all time in the Guardian newspaper in.

Ted has worked for Natural England as Conservation Liaison Officer to the Crown Estates. Based at Windsor and later became and remains their Conservation Consultant.

Ted is a regular writer, broadcaster and speaks regularly at international conferences on ancient trees, Pollards, wood pasture and parkland and fungi. 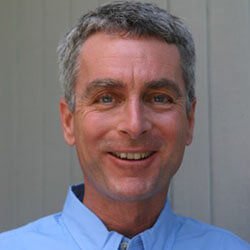 Dr. Gilman has received the prestigious Authors citation award in 1999. From the International Society of Arboriculture for his books and web sites on trees and landscape plants.

He has also received the ISA educator and research awards. Dr. Gilman serves the landscape industry and allied professions with his teaching and research efforts nationwide.

He is a woodworker and father of two daughters making his home in Jacksonville Florida with his wife of 35 years.

The Conference theme is Putting it all together: Connecting People, Ideas and Communities. The programme will look at key industry trends and issues in the Arboriculture industry and will include a combination of sessions covering both professional and practical topics.

It is our great pleasure to welcome our overseas keynote speakers, Ted Green. Ted is President of the Ancient Tree Forum and Honorary Vice President of the International Tree Foundation. Along with Dr. Edward F. Gilman, Professor of the Environmental Horticulture Department at University of Florida.

The conference will also provide attendees with the opportunity to network with like-minded professionals and connect with fellow practitioners and suppliers.

We look forward to seeing you in Dunedin this November.

Pro Climb was founded on the idea that trees require the utmost respect and care and are an asset that can enhance your property. With that in mind, we scoured the country looking for tree contractors … END_OF_DOCUMENT_TOKEN_TO_BE_REPLACED